As we approach the Autumn Equinox and enter into the darkest time of the year, our shadow side yearns for the validation that only fear can deliver. It would seem that this is a necessary and natural reaction to the cycles of our lives and the rhythm of the Earth. There’s a reason Halloween does not happen on a sunny day in June. I’d like to challenge you to examine the ‘trick’ and the ‘treat’ of this auspicious time so you may experience this dark mystery without giving into the fear.

Allow me to share a story about the illusory perception of fear that I experienced through the help of a Ball Python. About a year ago I decided to take my oldest daughter to an afternoon event called ‘Creepy Crawlers’. Yup, you guessed it, all things slimy and slithery. At one point we were invited to pet and hold the various critters, specifically a python. My then 6 year old daughter was first in line, completely fearless. To say I was somewhat more hesitant to join in the ‘fun’ is an understatement. I have a completely irrational fear of snakes. Irrational – yes, as they’ve never done a thing to me personally other than exist and look a certain way that strikes some primal reaction of aversion. However, through the years of practicing Flowyoga, which is strongly influenced by Kundalini, I’ve had an opportunity to experience the benefits of awakening the dormant, primordial serpent at the base of my spine. I’ve learned to surrender and trust the journey, marvelling at the richness, wisdom and bliss I received for my efforts.

Drawing upon this experience and not wanting to pass my irrational fear onto my daughter, I took the plunge and wrapped the python around my neck. At first it was an incredibly empowering moment where I felt very relaxed and natural. Then doubt gave way to fear, followed by panic, and I began to tense my body. This lead to a chain-reaction within the snake and he too began to tense and tighten his grip around my neck. Which led to more tension and more tightening on both sides, until my daughter calmly took hold of the snake, her gentle hands relaxing his body so that he could be removed.

Once I had time to process my reptilian exchange, a very beautiful and simple metaphor began to emerge that I’ve revisited at times when my fear begins to surface. The snake was simply mirroring my own self-created illusion of fear. He reacted as I reacted, mimicking my tension, meeting it with tightness and panic. This was a completely self-created, self-perpetuating phenomenon of the mind that could easily overlap into every circumstance where my fear arose. Real or imagined, we create our own reality. What we put out is what we get back. One of the most poignant life lessons served up to me by my six year old daughter and a snake.

Long before there was Halloween and the ghoulish masks, costumes and a string of gratuitous horror movies that followed to support this franchise, there was and still is today within the Hispanic culture throughout Mexico, the Southwest and beyond a celebration called ‘El Dia de los Muertos’ (‘Day of the Dead’) on November 1st. The original purpose for such a holiday was not to go around scaring small children and the faint of heart. Quite the contrary, it was a celebration of death and its place in the cycle of creation. It was believed that there are certain times of the year when the veil between the world of the living and the dead is at its thinnest, where contact between these two worlds is possible. No matter what your belief might be on the occcult and all things spiritual, there’s no denying the practicality and intelligence of a holiday that strives to comprehend and honour one of the biggest mysteries of life. By lifting this veil we’re given the opportunity to understand and process this truly sacred journey. Inviting in the darkness and shedding light on and de-mystifying the duality-dance between life and death, light and dark, good and evil. These are merely projections of the mind holding us back from realizing the true beauty, splendor and magnificence of our being.

As you prepare for Halloween this year, ponder the question of who you might be without your fear. See fear for the costume that it is and be free to explore and reveal your true Self

‘Fear is an illusion. Life is eternal. Love is the only reality.’ 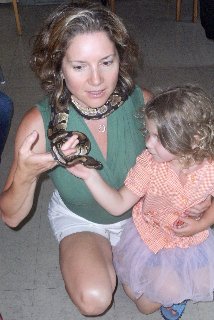